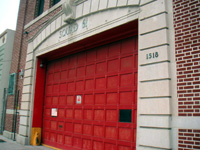 Welcome to Squad Company 61, the greatest Squad company in New York City. We have the pleasure of fighting fires and operating at emergencies with some of the best firefighters, officers, and companies in the world. We respond to working structure fires, major emergencies, technical rescues, and hazardous material incidents in the borough of The Bronx. Enjoy our site and keep checking back to view the assortment of incidents we respond to. If you have any questions about what we do or would like some further information, don't hesitate to ask.

The Fire Department City of New York (FDNY) engine and ladder companies always know where to go and what to cover during fires; their positions and assignments are predetermined by operational procedures. Furthermore, these procedures describe their operational positions and areas of responsibility at the majority of building types in the City of New York City proper. Utilizing these procedures promotes accountability for each company and their respective members. These assigned positions allow the incident commander (IC) the ability to determine what areas will require coverage by additional resources such as the FDNY’s versatile squad companies.

In 1998, the FDNY wanted to broaden its hazardous materials capabilities and re-designated seven engine companies as squad companies for this purpose. These newly designated squad companies fall under the Special Operations Command of FDNY (SOC). They are assigned to working fires within a designated response area and their deployment capabilities allow the IC versatility in fireground assignments as Squad companies can cover both engine and ladder company assignments. The following is a brief history of FDNY squad 61’s incorporation into SOC:

Squad Company 61 is housed with the 20th Battalion on Williamsbridge Road in the Westchester Square section of the Bronx. Engine 61 was disbanded and reorganized as Squad Company 61 and assigned to the Special Operations Command on June 29, 1998. The squads (1, 18, 41, 61, 252, 270, and, 288) are rescue pumpers equipped to operate either as an engine company or ladder company. The squads were primarily formed to deal with hazardous material incidents in the City of New York. In addition to responding to all working fires in their areas, squad company members are certified Rescue Technicians. They are trained in all facets of technical rescue including but not limited to: structural collapse, confined space operations, high angle rope operations, trench rescue and other related rescue operation as trained by the FDNY Technical Rescue School. They possess capabilities for surface water rescue and will support rescue companies in SCUBA operations as trained Dive Tenders.

In a nutshell, the squad is manpower tool that the IC can draw from as fireground needs arise. In conjunction with the normally assigned positions of the engine company, the squads also operate under conventional ladder company positions designated as: Squad officer, chauffeur, can, irons, hook, and roof. These dual-assignment positions allow the squad to formally operate in any position with proper accountability on the fireground. The squad may be deployed as an intact unit, or broken up into two, three-person teams, or three, two-person teams. One or more of these teams may be deployed, with the balance of the unit available for other tasks. When a task is completed, the squad reports their availability through the chain of command for a new assignment.

When the squad arrives on scene and reports to the command post (CP), the IC assesses the proper assignment for utilizing the squad’s capability. For example, squad 61 arrives on scene of a working fire on the top floor of a six-story apartment house: there is heavy fire on the top floor with possible extension to the cockloft. Upon reporting to the CP, the IC orders the squad officer to divide the company into two, three-person teams: one team to assist with roof operations, and the other team to assist companies on the top floor. These two teams are now designated as the squad’s inside and outside teams. The inside team would consist of: the Squad Officer, Can and Irons firefighters; conversely the outside team would consist of: the Squad Roof, Hook and Chauffeur firefighters.

The inside team would report to the sixth floor and assist with any tasks that need to be accomplished such as: searching for victims, pulling ceilings to check for fire and/or extension, overhaul, etc. The outside team would report to the roof and assist with: surveying the exterior for victims at windows, assist in the removal of victims found on the exterior via roof rope, ventilation (bulkheads, skylights, scuttles, or cutting ventilation holes), and reporting any pertinent information to the IC that he can not see from his position. Having the squads’ versatility at the IC’s disposal allows the IC to essentially “fill the gaps” when fireground operations require additional coverage.

A squad company’s versatility transcends positional and assignment coverage on the fireground. The squad can be used for any task the IC determines regardless of traditional engine and ladder company assignments. Case in point: as first arriving ladder companies are opening up a taxpayer building to get the first hoseline into operation, the squad can lend a hand on the roof or open up adjoining stores. Moreover, checking cocklofts, basements, exposures and the rear of buildings will never be gaps found on any FDNY fireground. The squad company’s flexibility allows the IC to deploy the squad to check on these elements as a primary assignment.

The squad has the unique operational capability to operate as either an engine or ladder company; seamlessly transitioning between these two distinct tactical assignments requires that each assigned position have a well defined role so that operational efficiency is maintained and maximized on the fireground. Each dual squad position ensures that it remains versatile and capable to handle any fireground function:

During mayday situations, the squad company will work in conjunction with the rescue company and firefighter assist and search team (FAST) ladder company; as long as the squad was not performing a role crucial to the outcome and safety of the incident. A prime example would be operating a hoseline that is protecting the search or interior companies. Like any engine company, the squad simply can not drop the hoseline while members are operating near or above the fire, unless relieved by another engine company. Of significance, The FDNY utilizes a ’10-66’ code for a missing member/mayday. In these events, the squad may be requested to operate as the squad while the normally assigned one is unavailable to assist the rescue company.

The squad company has become a versatile option for the IC and is never used in lieu of a responding first alarm engine or ladder company to cover their positions and responsibilities. Rather, the squad company is there to fill in the gaps when these positions and responsibilities have not been filled for any reason. When other tasks surface that need attention, and all-hands are working, the squad provides a seamless way to cover anything extra. In other words, the squad is not there to get in the way, just to bolster operations.

Firefighter Kevin Legacy of FDNY squad company 61 puts it best: “You’re going in as a special unit, you’re a guest at someone else’s fire. When they put you to work, do your job; help the brothers out; and don’t be a hindrance. That statement sums up how we operate.” 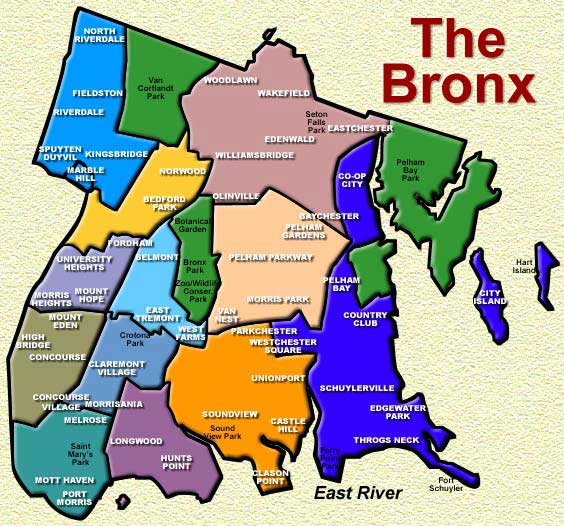 This is the official website of Squad Co. 61. It is not an official City of New York or FDNY website. All information shall not be considered that given by the New York City Fire Department or FDNY.