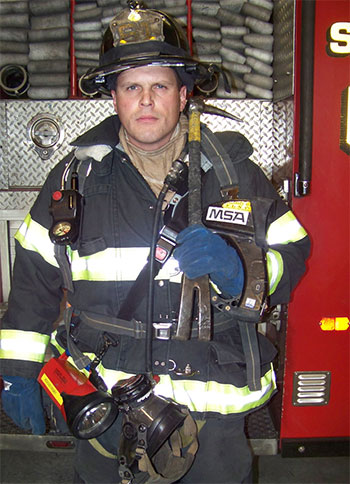 As with any FDNY engine or ladder company, the squad officer is responsible for the safety of the entire crew. When responding to a fire as a special unit, the squad officer pays close attention to the department radio and handy talkie (HT). He is listening to all transmissions to anticipate the assignment(s) that the IC may give the squad. Often times, the IC may be busy coordinating companies during the initial stages of an incident so the may suggest ways the squad can assist. For example, “hey chief, would you like my members to remove those (window) bars and throw up a couple of extra portables (ladders)?” Or, “would you like me to send a team around back to see how they’re making out back there?” There are times when the squad officer simply gets a list of tasks from the IC and assigns the squad company members accordingly. Keeping tabs on squad company members operating outside the purview of the officer may seem like a daunting task considering the myriad duties that could be performed anywhere on or in the building. However, the squad boss must be an experienced officer who has the capability to do it, and also change the operation or task to be performed as needed. 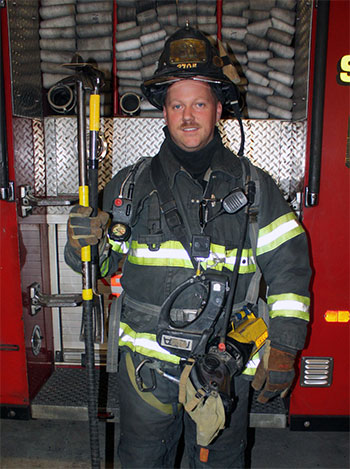 The primary responsibility of the squad chauffeur is the safe arrival of the company to the scene. While enroute, the chauffeur will also listen to the department radio for any updates concerning the status of the fire, which will determine the type of response and apparatus positioning. The chauffeur is also starting his preliminary size-up of the building and the status of the fire to help determine his duties. Arriving at the scene, the squad chauffeur, being the last member to get off of the apparatus, is in a position to bring additional equipment for the inside team that is requested by the squad boss.

Part of the squad chauffeur’s tool assignment is the thermal imaging camera (TIC). This tool gives him the flexibility to check the status of the hoseline; and to become an integral part of the inside team’s search for fire and life. In the event additional help or equipment is needed on the roof, the squad chauffeur can proceed to the roof with an additional: saw, rope, or any other tools. 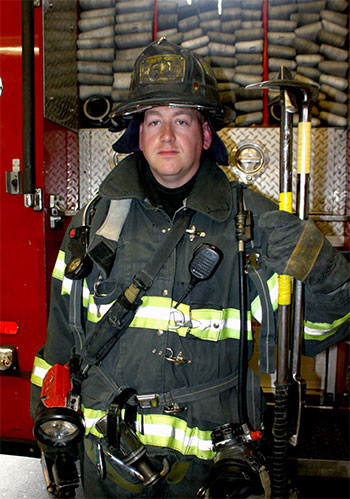 The squad can firefighter, operating as part of the inside team, works in conjunction with squad irons and the squad officer where needed. The designation of “squad can” may actually be a misnomer; the squad can position does not carry the 2 ½ gallon pressurized water extinguisher unless the squad arrives ahead of the first arriving ladder company, and is assigned these duties by the IC. Rather, the squad can carries: a six-foot hook, halligan and the hydra-ram®. If the incident is a top floor fire, the squad may also opt to take two hooks so the squad irons firefighter has one too if needed. 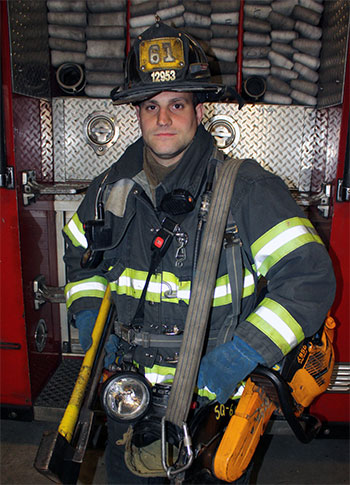 The squad irons firefighter, with the squad officer and squad can, consist of the inside team at most fires. The squad irons’ tool assignment(s) vary and may change numerous times while enroute to a fire. A firefighter assigned the squad irons position for the tour must have a basic understanding of the tools to take based upon incident needs. The squad irons’ primary set of tools is the irons (flathead axe and halligan). However, radio transmissions from first alarm companies may give the squad irons a ‘heads-up’ on additional tools to consider based on potential obstacles faced by these companies. If a ladder company reports the presence of window bars on a private dwelling, he would take a forcible-entry saw with a metal cutting blade to the fire building. Keeping with a private-dwelling scenario, and in addition to bringing the irons, a six-foot metal hook would more likely be needed.

During commercial building fires, a forcible-entry saw with a metal cutting blade will likely be needed to open locks and gates around the structure. The extra saw carried by the squad irons firefighter will also complement first alarm ladder companies with: opening up the building to check for extension, victims, and create secondary means of egress for those operating in the interior. A search rope should also be taken in commercial building fires. With the ten-foot hooks brought by the squad can firefighter, squad irons can assist with pulling high or tin ceilings. 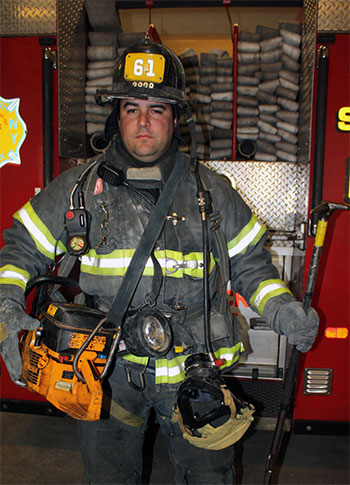 During fires in ‘fireproof’ multiple-dwellings, squad hook will take the fire blanket to cover windows during potential wind-driven fire incidents. The fire blanket is used as a wind-control device to protect members operating in an apartment or public hallway from being threatened by blow-torch fire conditions when wind becomes a factor. During a potential wind-driven fire scenario, the IC usually deploys the squad to get into a position to deploy the blanket. This is a gap that must be filled anytime wind may become a factor during a fire in these buildings.

At private dwelling fires, the squad hook firefighter may decide to take the chain saw. There are rare instances where the IC will order the company to perform peaked-roof ventilation and the chain saw may be easier to maneuver. At most private dwelling fires, the squad hook and roof firefighters become the outside team and will enter the building via the sides or rear for vent, enter and search (VES) operations; or to cover areas of the building other companies could not get to; or to assist with hoselines or further ventilation. 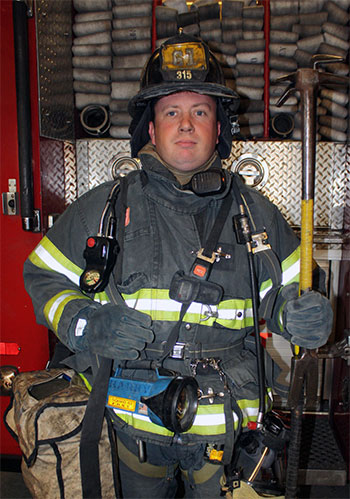 As mentioned above, squad roof operates with squad hook as the outside team. While operating on the roof, squad roof will assist first alarm ladder companies with roof top ventilation (bulkheads, skylights, scuttles, top floor windows) and/or roof rope rescues in progress. Squad roof will assist squad hook with cutting the vent-hole; and pushing down the ceiling to expedite ventilation. Squad roof may also provide the IC with invaluable reports on the progress of roof operations or hazardous building features. In other words, he can “paint a picture” for the IC about the goings-on on the roof, and if more resources are needed.

This is the official website of Squad Co. 61. It is not an official City of New York or FDNY website. All information shall not be considered that given by the New York City Fire Department or FDNY.